'Can user-generated content help make the world a better place?' 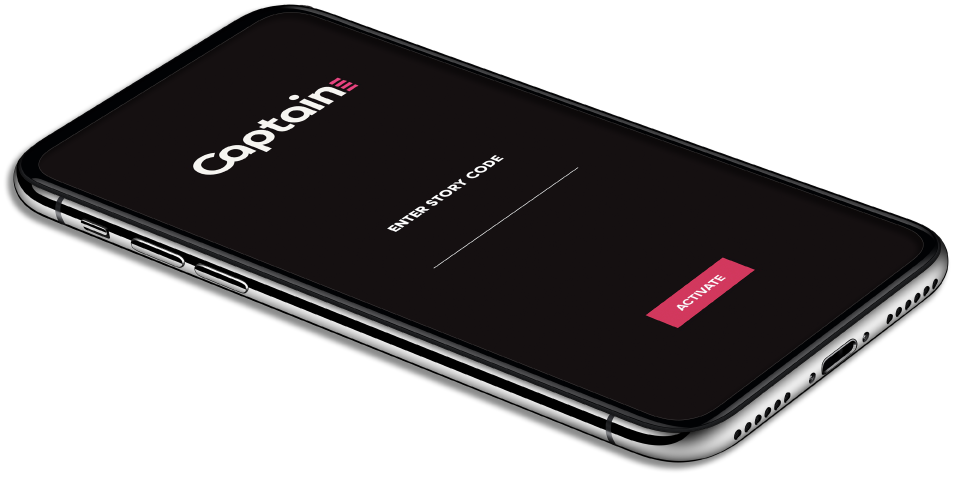 NEWSFLASH: THE WORLD'S A MESS

Ok - big one this week. Hello and welcome to your video boosting tip of the week from Captain. Helping you plan, direct, and perfect smartphone video content to engage our audience and enhance your brand.

I know I know, it’s one of those, but stay with me, give me a few minutes, and I’ll try to explain how we think user-generated video can be a massive force for good in the world.

The first thing to point out is, these days, anyone with a smartphone can make a video. It’s an incredibly powerful tool, but the glory can often be left to extroverts, and folks who have the time to plough into both the production process, and building an audience.

That leaves a lot of people out there, yes in companies and organisations, but also in the wider world, who have something to say, or a story worth telling, and we’re not hearing from them.

Now I know what you’re thinking: ‘Whoah there, social media is choc-full of people’s opinions. Everyone has a voice now, for better or worse. Usually worse. And of course you’re right. But we’re talking about the reluctant ones. How can you gather authentic stories from people who are usually reluctant to contribute? And then: how can you elevate that content from good to great, so you can cut through the online noise?

Now first up: I’m not saying that nobody’s ever given an authentic voice to the voiceless - that’s what good journalism does, that’s what good documentary filmmaking does, and I”m proud to know many people who have done just that. But smartphones increase the potential of that aim to an almost ludicrous extent.

You’re no longer limited by geography or budget.

If you’re using something like the Captain app, it becomes so easy to give directions to reluctant people, and capture their stories in a much more relaxed way, through their smartphones.

That means they’re more likely to be comfortable, and their responses will be more authentic. The responsibility simply lies with you to ask the right questions. That burden is shifted.

And then during the editing process, you now have the power to shape the responses of your contributors, most of whom you might never have met or even spoken to, basically into whatever you want. You can tell a great story, or you can make them look like idiots.

And I know that’s how it always is with video editing, but with user-generated stuff, that situation is more acute.

The people in these videos are giving you something far more valuable than content at this point: They’ve given you their trust. That’s a delicate thing, you have to take care of it. It’s a position of immense privilege, because as Uncle Ben said…

That’s Spiderman’s uncle by the way. Not the rice fella. Both great guys.

There are countless recent instances, both online and in the media, where editorial privilege has been abused. Badly. It’s comically simple to remove a word from a quote or soundbite, and change its meaning completely.

That’s a notion that we’ve struggled with here. Have we built something that has a potential for mis-use? To an extent. But then, that’s the case with any tool that lets you edit video.

Ultimately, it comes back to our focus. It’s not on ourselves - it’s outwards.

You want to use this smartphone video stuff as a force for good? Here’s today’s double tip to get you started…

1. Completely remove the creative burden from those featuring in and creating the content.

That gives you a shot at hearing from the reluctant ones. Do what you have to do, incentivise them, gain their trust, then ask them the right questions they can respond to with honesty.

2. Clarify and amplify the results by shaping them into a compelling story.

That lets you elevate something from good to great, and have it cut through the online noise. But remember, your contributors have trusted you here, so do it with respect.

One final thing. You are the Captain.

Now to finish up this admittedly ambitious video, ‘Captain’ as a company name in the strictest terms, isn’t referring to us. Well, it does where the tax man’s concerned.

But ‘We’ are not Captain.

In this instance, Captain is a call to action for you, to put people’s authentic voices at the heart of what you do, to treat them with respect, and to share the success this can bring.

The world needs that right now - more than it needs the latest insta-vlogger, sponsored up to their eyeballs.

It needs it more than another slick corporate video.

It certainly needs it more than faceless keyboard warrior trolls spewing their bile online and ruining everything.

People deserve to believe in what they’re seeing. That is real. It’s important. And with Captain, it’s now achievable at scale.

So let us help you step up and lead from the front, like a great Captain should.

I’ll see you next time. Until then, this is Captain helping you plan, direct and perfect smartphone video content to engage your audience and enhance your brand, and yes! To make the world a better place.