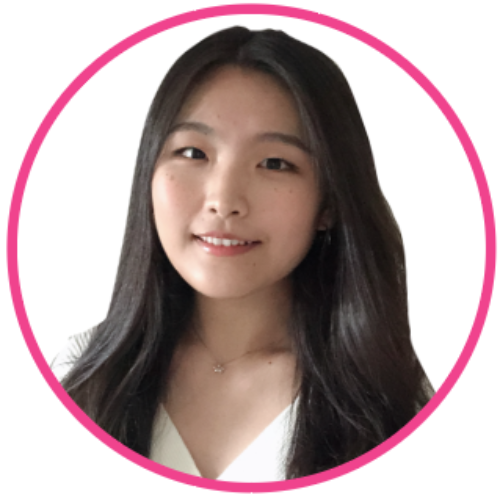 Hello everyone! It’s me again, Eunice.

I wanted to create some content that was meaningful and insightful. That’s when I thought a video with inspirational businesswomen answering questions about their career would be a good idea. I also thought it would be more approachable if the tone was casual, and that’s how I arrived at the coffee chat video theme.

I’ve never tried to create a video project before – I’m a complete video novice – and I’ve also never edited video clips together, so this has been quite a journey for me; planning, directing, collecting and perfecting my videos.

I made 5 videos in total, and here’s my favourite :

Working at Captain meant I had the technical tools for directing and collecting the clips, but I wasn’t so sure how to initially plan the project.

I had a brief idea of what messages I wanted the videos to deliver and what kind of mood it was in, but nothing more specific, and I wasn’t sure where to start. That’s the problem with being a video novice! I began getting a bit lost with my ideas until I was given a 3 Step Video Project Planner which helped me throughout the entire planning and directing stage. Without it, I am not sure how my final videos would have turned out.

The planner had precise explanations and relevant examples for planning the outline of my video project. With the planner, I was confident that I’d be able to source all the content I would need from my contributors. The step-by-step guide got me to jot down my thoughts and ideas, as well as helping me summarise my thoughts and gather new ideas of how I wanted the content to look.

Most importantly, the planner was a really useful guide for the Capture Captain Portal and App itself, as it helped me to think about all the minute details we would want from the contributors when they film their video clips, to get the best results.

Thanks to my planning I had a clear project outline, so directing was an easy, smooth process. I just transferred the information from the planner into the project creator on the Captain Portal.

The project creator really helped me to dig right down into the fine detail of the project, from what questions I wanted the contributors to answer, to how I wanted them to set up their rooms. I could write in detailed directions in a relaxed way so that it felt like I was actually talking to them so they didn’t feel like they were being directed by a robot.

Breaking tasks down into sections also enabled the contributors to complete (filming) tasks logically, without feeling overwhelmed by a long list of things to do. The final stage gave me a Story Code that I then sent out to the contributors. All they needed to do was download the app, enter the code, follow my instructions and complete the tasks I’d set out for them.

There’s not much to say about collecting the clips, because that’s what the Captain app did for me!

I simply got an email notification from the app telling me that someone uploaded their video clips. Then I went into the portal and went through the pre-organised list of videos where I only downloaded the best ones.

My experience with Filmora X and Power Director was not the best. Both of the programmes had a very complicated layout along with a lack of fun transitions and animations. iMovie was also not the best, but at least it was fairly easy to use! It also had a bank of free sound effects I could use. Unfortunately, it didn’t have a graphics capability, so I used Canva for animations which allowed me to layer images on top of the video clips.

This did however waste so much time – importing the video clips into Canva and then exporting the final clip to my laptop. I also didn’t find any fonts I like, so I used Procreate on the side to hand-write all the onscreen text, so you can say anything that required customisation was lovingly handcrafted!

iMovie also doesn’t support any other orientation than standard landscape, so I had to edit my portrait clips sideways, and then rotate the exported video clips at the end. Working like this can lead to a sore neck…make sure to stretch in between!

But in the end, I can say it was a successful project! Personally, I managed to gain a lot of valuable experience, and potentially interest in video production! I was concerned that I would struggle with planning and directing a video project, but it was an easy ride thanks to the Captain app.

We use cookies on our site. By continuing to use the site we will assume you are OK with that. For more information please consult our Privacy Policy